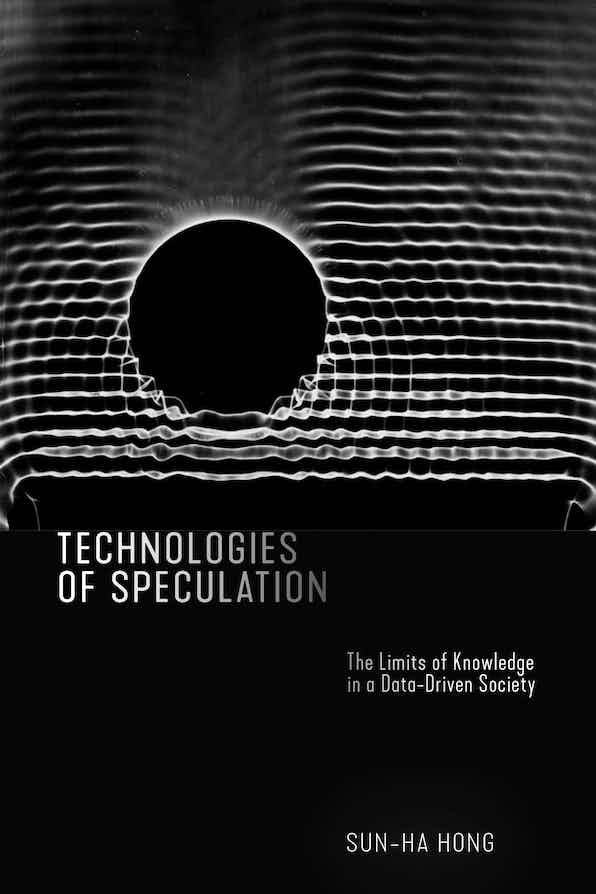 Technologies of Speculation:
The limits of knowledge in a data-driven society
(NYU Press, 2020, formerly Fabrications)

You can also read the first two chapters here.

If you are teaching the book, you might find the Instructor’s Guide useful!

Praise for Technologies of Speculation:

“Drawing luminous connections between mass surveillance and self-tracking, Technologies of Speculation incisively explores the interplay between the new capacities of data science and the often fanciful but significant castings of the power and objectivity that these sciences promise. Hong’s readings of the Snowden documents are among the smartest, freshest, and most incisive to date. He challenges our understanding of the digital terrain we traverse and that follows us forward.”
~Matthew L Jones, author of Reckoning with Matter: Calculating Machines, Innovation, and Thinking about Thinking from Pascal to Babbage

“There was a bounty of new critical thought about technology and society from the academic publishing press this year. I’ll start with what I consider to be the most alarmingly overlooked: Hong’s Technologies of Speculation from NYU Press. Hong argues that surveillance technologies, from the NSA apparatus exposed by Eric Snowden to the Fitbits we slap on our wrists, are ultimately highly subjective systems — data collection is an incredibly inexact and often highly arbitrary process. As such, it opens up spaces for corporations and users to impart their own mythologies and speculations.”
~Brian Merchant, OneZero’s The Best Tech Books of 2020